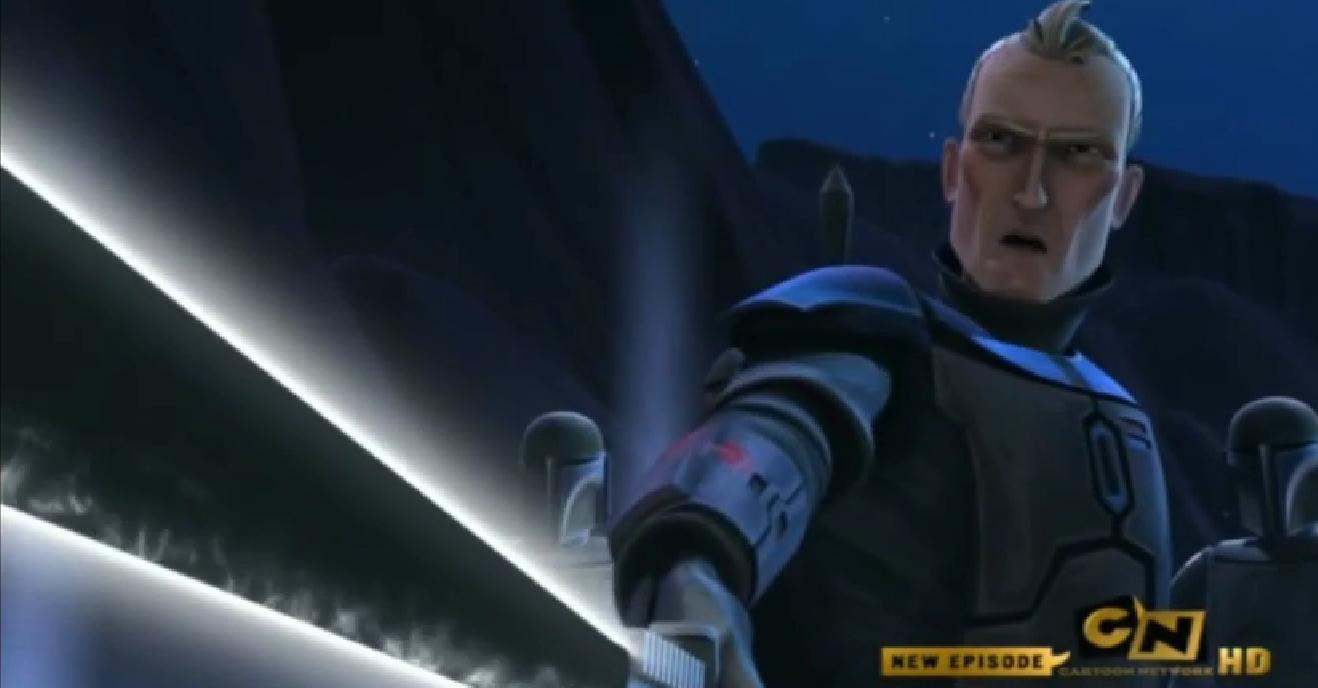 The darksaber, a dark lightsaber that was created by Tarre Vizsla, the first Mandalorian ever inducted into the Jedi Order, was an important symbolic weapon. Used by House Vizsla to unify Mandalore, they wielded it in battle and respected by other clans.

The Darksaber in Star Wars Rebels
The next time it appears on-screen chronologically is in Maul’s memorabilia cave on Dathomir, where Sabine Wren takes it. We see her using it against Fenn Rau and continuing to use it into the fourth season of Star Wars Rebels, before Sabine Wren passes it along to Bo-Katan.

The Darksaber in The Mandalorian
Sometime afterwards, Bo-Katan may have lost it in battle against Imperials, with it falling into the hands of Moff Gideon, as we see him wielding it in the season 1 finale of The Mandalorian.