I was curious as to why people were so into Boba Fett – yes, he’s the bounty hunter who followed the Millenium Falcon and brought Darth Vader to Cloud City in “The Empire Strikes back”, but he also died ignominiously in “The Return of the Jedi” – so I set out to watch everything with Boba Fett in it and ended up collating all of his appearances in television and movies. 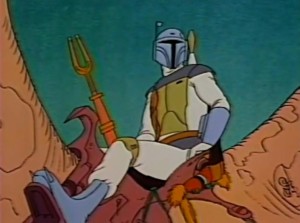 I ended up deciding to begin writing about Boba Fett!  Here’s my project thus far in describing his appearances: